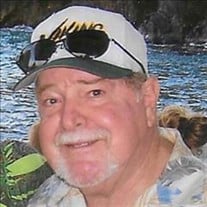 Anthony Conrad Hernandez (Tony) passed away on June 7th, 2022, peacefully in his sleep in Fresno, California. He was born in Watsonville, California on October 26, 1935, to Christopher and Julia Hernandez. Anthony attended Watsonville grammar schools and graduated from Watsonville High in 1953. In his youth, he was an accomplished athlete playing baseball, softball, and basketball. He was also a member of the Boy Scouts, where he earned the prestigious Eagle Scout designation. Anthony served in the United States Navy, stationed in the Philippines. As a member of a Navy softball team, he traveled to Hawaii for competitions against other Navy teams. After discharge, he was employed by Wells Fargo Bank, where he met and married his first wife Dana Ristich. They had two daughters, Julie and Lynda. In 1969 Tony was transferred as manager to Wells Fargo, Kingsburg Branch. He soon joined the Kingsburg Lions Club where he eventually served as President. After working for Wells Fargo Bank in Kingsburg, he moved into a new position at Jackson & Associates as an insurance and real estate agent. After a while, he went back to banking and was manager of Growers and Merchants State Bank in Kingsburg. He later was approached by his friend Lee Bergstrom to join him at MTMA Schools in Fresno where he finished his career as co-owner. In 1986 he met his life partner Mary Berglund. The two were married June 15, 2000. They loved spending time at their home in Lima, Montana where he enjoyed fishing as much as possible, and entertaining friends, and family. His greatest honor was being a grandfather where he received his most prestigious name, Papa Tony. Family always came first. He is survived by his wife Mary, daughters Julie Jones (Brad) and Lynda Christopher, and stepsons John Berglund (Natalia) and James Berglund (Jeff). His grandchildren include Jennifer Rossotti (Elliott), Jamie Visser (Nick), Brennon Christopher (Christy), Kyler Christopher (Amanda), Brady Jones, Wyatt Berglund, and Chet Berglund. His surviving great-grandchildren are Delbert Salvadalena and Evelyn Rossotti; Jax, Brooke, Brie, and Jay Visser; Avery, Brody, and Beau Christopher; and Scarlet, Stella, Sierra, and Saylor Christopher. Surviving siblings are brother Ted Hernandez (Karla), and sister Patty Smith (Mike). He is preceded in death by his parents Chris and Julia Hernandez, and Brother Bob Hernandez. The family would like to thank Juan and Pablo for their love and care they have provided over the past two years. Funeral services will be held at 11:00 AM Thursday, June 16th, 2022 at Salser & Dillard Creighton Chapel, 1588 Lincoln Street, Kingsburg, immediately followed by interment at the Kingsburg Cemetery. Services have been entrusted to Salser & Dillard Creighton Chapel. Memorial Tributes and condolences may be offered by logging onto www.salseranddillard.com.

The family of Anthony C. Hernandez created this Life Tributes page to make it easy to share your memories.

Send flowers to the Hernandez family.