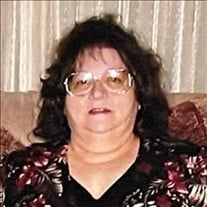 Barbara Jean Busby 12/25/1941 � 11/15/2021 Barbara was born on Christmas Day 1941 to Cecil Turner Bybee and Eva Lou Kendrix-Bybee in Antlers, Oklahoma. They moved to California when she was 5 years old. Her family survived the hardships of the great depression. At age one or two, she fought pneumonia and was taken care of by her Grandma Kendrix. She became very attached to her grandma. She then worked in the fields picking cotton and fruit with her family to make ends meet. Barbara was the first born child of seven children and twins who didn't survive. She helped raise and nurture her siblings as a child herself. Eventually, the family moved to South of Yuba City, California. In 1955, there was big flood and family had to flee to Live Oak, California for safety. She went to school in Live Oak; walking from their home close by, she could hear the final bell ring to get to class. While still in high school, through their family members who belonged to the same church in Gridley, California, she met her true love Roy Busby. After nine months of dating and many evenings driving around drinking Cherry Colas, she became Mrs. Barbara Busby (maiden name Bybee, it didn't change her new name much). They became husband and wife in Oroville, California on December 31st 1958. They had been discussing marriage, rented and furnished a home in Live Oak for once they became husband and wife. Roy's mom suggested they should marry before the New Year for tax purposes. They went to Pastor Smith's home to perform their ceremony that evening. They were very much in love and ready to start their lives together. Barbara worked at Del Monte Cannery then eventually at MacDonald's Restaurant for a short time, across the street from where her husband worked at Shell service station in Live Oak. Roy eventually got back into paving construction which gave them the opportunity to live in Aptos and then near Monterey prior to moving to Kingsburg, where they resided for the past 57 years. Following her marriage she had three children by the age of 24 years young. Eventually, her grandchildren and great grandchildren brought her much happiness. Barbara was a very strong, nurturing and loving woman. She was known for her kind, loving and gentle spirit. She raised her three children. She loved blue skies, flowers, Spring and Summer seasons. In her spare time, she enjoyed reading, cooking and collecting hundreds of cookbooks and various novels, collectable dolls, and medical guides, anything she could read to help her family. She was a woman who put others needs before her own. She had undergone many years of illnesses and eventually became bed ridden. She was cared for by her loved ones in her own home; respectively her family never left her side. She knew that she was very loved and cared for at all times. She was a miracle, surviving major medical issues from many years ago. A tough cookie! God blessed us by continuing to have her in our lives for many years. On the evening of November 15, 2021, our good Lord took her home so she would feel no more pain. She will be greatly missed by all who knew her. Barbara was preceded by death by her grandson, Brian Busby. Survived by her loving husband, Roy Busby; daughter, Cheri McDonald; son, Steve Busby; daughter, Debora Bronson; Grandchilden, James McDonald and Steven Busby; Great Grandchildren, Austin McDonald, Kaitlyn McDonald, Robert Busby and Jasmine Corral-Busby. She will truly be missed, remembered and always loved.

Barbara Jean Busby 12/25/1941 &#65533; 11/15/2021 Barbara was born on Christmas Day 1941 to Cecil Turner Bybee and Eva Lou Kendrix-Bybee in Antlers, Oklahoma. They moved to California when she was 5 years old. Her family survived the hardships... View Obituary & Service Information

The family of Barbara Jean Busby created this Life Tributes page to make it easy to share your memories.

Send flowers to the Busby family.