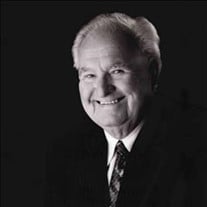 Bobby Harold Lewis Bobby Harold Lewis was born on October 6, 1939, to Noah and Edith Lewis in England, Arkansas. In 1950, Bobby and his family moved to Livermore, California. In 1952, they moved to Shafter, California where he made his home and raised his family until 1984 when he moved to Kingsburg, California. Bobby remained there until he went to be with his Lord and Savior on November 17, 2021, surrounded by his family and friends with love, prayers, and singing. Bobby met the love of his life, Ruenell Farmer, in the summer of 1956. On February 4, 1961, they were married and started their lives together. In August of 1962, Bobby and Ruenell welcomed the birth of their first daughter, Lori and in October of 1965 their second daughter, Lisha, which made their family complete. During their life together Bobby and Ruenell also had the privilege of providing a loving and Christlike home and a Godly example for numerous nephews. When Bobby got married, he was working on and off for CenViro Pipe, and in 1962, he started his career in floor covering working for Jost Floor Covering. In 1965, he started on his journey of self-employment by purchasing Shafter Floor Covering and in 1975 he added to his career accomplishments by creating Lewis and Associates where he became a custom builder and land developer. He built numerous homes and subdivisions. Bobby also followed his love for farming by owning a small farm on the outskirts of Shafter. He loved serving the city of Shafter and the surrounding area. He was very active in the community and enjoyed serving and being a part of the Shafter Booster Club. Bobby was active and loved serving in his church, Shafter First Assembly of God. He served on the board and helped to oversee the building and expansion of their current facility. Bobby was also instrumental in bringing the Teen Challenge Program to the Shafter facility. In 1984, when Bobby and Ruenell decided to move to Kingsburg to be closer to their children and grandchildren, he sold his businesses. While in Kingsburg, Bobby continued to farm and at one point started B&R Cold Storage in Reedley, but most of his time in Kingsburg was spent working for Kingsburg Orchards and Mike Jackson Farms, where he worked until the day the Lord called him home. Bobby was preceded in death by his parents Noah and Edith Lewis, and brothers Carl Lewis and AD Lewis. He is survived by his wife of 61 years, Ruenell Lewis, daughters Lori Jackson and husband Mike, Lisha Merritt and husband Mark. Grandchildren Ryan Jackson and wife Amy, Matt Jackson and wife Tawny, Greg Jackson and wife Audry, Jeff Merritt and wife Kara, Kyle Jackson and wife Annie, Josh Merritt and wife Chelsea, and Kaylee Merritt. Great Grandchildren Madison Jackson, Owen Jackson, Carter Jackson, Amos Jackson, Ainsley Jackson, Brylie Jackson, Wyatt Jackson, Gunner Jackson, Lane Jackson, Davis Jackson, Alya Jackson, Adley Jackson, Hudson Merritt, Arrow Jackson, Kambell Jackson, Callum Merritt, Dawson Merritt, Judah Jackson, Alaina Merritt, and Tori Merritt. Honorary son (nephew) Marty Lynch Kaolelopono and wife Mona and honorary grandchildren Kealoha Kaolelopono, and Keoki Kaolelopono and wife Cayla, and honorary great grandchild Kekoa Kaolelopono. Sisters Rena Dorset and husband Dan, Norma Maynard and husband Dewey, along with numerous nieces and nephews. Only a life lived for others is a life well lived to the Glory of God, and that was Bobby. It is no wonder that his favorite verse was "I have no greater joy than to hear that my children walk in the Truth" 3 John 1:4 Memorial services will be held 11:00 AM - 12:00 PM Wednesday, November 24th, 2021 at First Baptist Church Kingsburg, 1615 Draper Street, Kingsburg. Services have been entrusted to Salser & Dillard Creighton Chapel. Memorial Tributes and condolences may be offered by logging onto www.salseranddillard.com.

The family of Bobby Harold Lewis created this Life Tributes page to make it easy to share your memories.

Send flowers to the Lewis family.