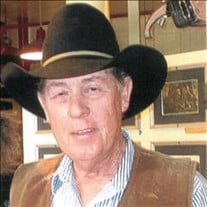 Carl Wayne Reddell, 76 of Reedley, California, died on Monday, July 12, 2021, in Visalia, California. Carl was born to Willard Franklin Reddell and Nadine Tressie Hall on February 25, 1945 in Fresno, California. Carl Reddell, a retired Farmer and Truck Driver, died unexpectedly on July 12, 2021. Carl is survived by his mother; Nadine Reddell, Sisters; Janice Hendricks, Judy Wheeler, Karen Chambless, his children; Carol Ramos and Shawn Shelby, 6 grandchildren and one great-granddaughter. He is preceded in death by his father, Willard Reddell his brother, Jerry Reddell, his grandparents; Floyd and Orgie Reddell, Hugh and Lula Hall and his companion Lorraine Batti. Carl was born in Fresno California on Feb. 25, 1945 to Willard and Nadine Reddell. Growing up in Caruthers he worked on the family farm and graduated from Caruthers High School. Later he drove truck and did some farming on the West Side. Carl met the love of his life, Lorraine Batti and the two enjoyed camping, four wheeling, traveling and riding his motorcycle. He enjoyed visiting the local coffee shops to have a cup of coffee with his coffee buddies and an occasional stop for coffee at one of his sisters to check in and say Hi! He will be missed. **If you have a memory you would like to share, please write it down and drop it in the basket that will be at the viewing. Viewing will be held at Salser & Dillard Creighton Chapel on Thursday, July 29th from 2:00 p.m. to 7:00 p.m at 1588 Lincoln Street, Kingsburg. A Graveside service will be held on Saturday, July 31st at 10:00 a.m. at Washington Colony, 7318 S. Elm Avenue, Fresno, California 93706. A Reception will follow at Easton Presbyterian Church � Fireside room. Services have been entrusted to Salser & Dillard Creighton Chapel. Memorial Tributes and condolences may be offered by logging onto Kingsburg, California.

The family of Carl Wayne Reddell created this Life Tributes page to make it easy to share your memories.

Send flowers to the Reddell family.