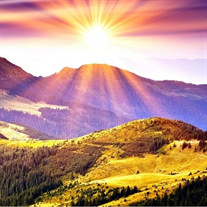 Carbondale, IL � Dale R Bengtson, 82, died Wednesday, June 12, 2019, at home surrounded by his wife, Sheila, of 56 years, and family friends, following a courageous battle with cancer. Dale is survived by a son, Jonathan Blake Bengtson and daughter-in-law Sue, of Victoria, British Columbia; a daughter Andrea Cheryl Robin and son-in-law Stephane, of Stoneham, Massachusetts; four grandchildren, Seren and Rhys Bengtson, and Emma and Clara Robin; his cousin, Dr Martin Anderson of Los Angeles and his son, Dane, of San Francisco; a sister-in-law Libby Butterfield of Soda Springs, California; and many close friends. Born in Selma, California, to Lloyd and Dorothy (Anderson) Bengtson, Dale and his sister Cheryl grew up in Kingsburg, California on the family farm, growing grapes and raising chickens. He had a love for grapes and an intense dislike of chickens to the end of his life. He was preceded in death by his parents and sister. Class president and captain of the football team in high school, Dale was a graduate of the University of California at Berkeley; and the Augustana Theological Seminary in Illinois. In 1971 Dale received a Ph.D. from the Hartford Seminary Foundation in Connecticut. He met his wife in Berkeley; they married in 1963 in Rock Island, Illinois. After teaching at Hofstra University for two years, Dale accepted a position as assistant professor at Southern Illinois University � Carbondale in 1973. A powerful writer, Dale's real passion was his teaching, for which he received several awards. He had a rare talent for engaging even the most jaded or disinterested student; many continued to write to him about how meaningful his classes were. Teaching was a calling and Dale insisted he never "worked" a day in his life. He chaired the Department of Religious Studies from 1983-1993; he retired from the Department of History in 2003. Dale loved to travel, journeying overland from Egypt to South Africa in the 1950s. He lived in South Africa for a year working as a paymaster in the gold mines, and a correspondent for Time Magazine. He and his wife made trips to Peru, South Korea, Japan, Europe, Canada, and Australia; and frequent visits to California. Always a book in hand, he read widely throughout his life, enriching and ever deepening the knowledge, wisdom, and humor for which he was admired. Dale moderated the Christian-Jewish-Muslim Conversation Series from 1989 to 2003. He was often asked to conduct classes at Carbondale Community High School. Upon retirement he taught several courses for Learning in Retirement. Known by all for his gentle humor and engaging manner, Dale will be deeply missed. A Celebration of Life service will be held Saturday, June 22 at the Unitarian Fellowship, 105 N Parrish Lane, Carbondale. Visitation 2pm; Celebration 3pm; Reception 4:30pm. Memorial donations may be made to the Friends of the Carbondale Public Library, 405 West Main Street, Carbondale, IL 62901. Donation envelopes will also be available at the Celebration. A graveside service will be conducted in Kingsburg, California.

The family of Dale R. Bengtson created this Life Tributes page to make it easy to share your memories.

Send flowers to the Bengtson family.