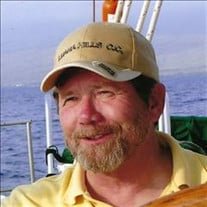 Frederick Eugene Scott Obituary Frederick Eugene Scott was born December 30, 1945, in Corpus Christi, Texas to Gordon Eugene Scott and Dorothy Jean Danielson Scott. He died July 3, 2020, at Kaweah Delta Hospital in Visalia, California. The family was welcomed back to their hometown, Kingsburg, CA, when Fred was one-year-old and his father was discharged from the U.S. Navy. Fred attended the local schools, participated in Boy Scouts and would later become an Eagle Scout. His summers were spent at his grandparents' cabin at Huntington Lake where he learned to sail. It was there that he built his first sailboat and explored the Sierras. In 1964 Fred graduated from Kingsburg High School where he played all four years on the Vikings' golf and wresting teams and was a member of CSF. His next educational journey took him to Cal Poly, San Luis Obispo, when he was accepted into the Architectural Design program where he completed two years before enlisting in the U.S. Army serving two years in Munich, Germany. Fred then returned to Cal Poly to finish the final three years of the architectural curriculum. It was at this time that he met Nancy Lee Pacheco and they married on June 27, 1970, in Visalia, CA. They returned for their final school year where Nancy earned her teaching credential and Fred, as a member of SCARB, the National Honorary Architectural Society, graduated with honors in June of 1971. Fred began his seven years of apprenticeship in Visalia with Harry Krikorian, AIA and later at Octagon and Associates becoming a principal partner after earning his AIA license. He then worked for Walter Vogel, AIA, and later opened his own practice, Scott and Associates, until the present. His work was primarily on commercial projects including many churches, several Tulare City Schools sites, office and medical buildings and several local car dealerships. Fred also volunteered his services to design the oak tree logo "Welcome to Visalia" signs located on Hwy. 99 leading into the city and on the bridge across Highway 198. Over the years he belonged to many professional and civic organization including Jaycees, the Downtown Rotary Club (which included the Group Study exchanges with young business leaders from other countries), Sequoia Council of Boy Scouts of America, The Builders' Exchange, and Cal Poly Alumni Association. Fred and Nancy's son, Danny, was born in 1973 and their second son, Eric, was born in 1978 bringing them great joy. They were involved with the boys' activities of Indian Guides, swim team and tennis. Many special family times revolved around water. There were summer vacations to Cayucos, sailing and regattas at Huntington Lake and San Diego, water skiing on lakes and rivers and snorkeling in Hawaii. Exploring the Sierras and choosing back roads brought many adventures. Through Rotary and the Redwood German Language Club they hosted several adults and students from throughout the world. In 1988 Susanne Renner arrived from Bremen, Germany, for a six week stay and became the daughter of our hearts. Fred kept up with golfing through memberships with the Visalia Country Club, Spyglass Hill, Pebble Beach, and the Monterey Golfing Fellowship of Rotarians. He joined the Fresno Yacht Club (Huntington Lake), enjoyed wine tasting at Wine Society and belonged to Elks. He loved to garden, create art, and although Fred was not a cook he mastered three great recipes including the very best Swedish pancakes served for all holidays and just because, perfect coconut shrimp and his mother-in-law's homemade vanilla ice cream, wearing out two ice cream makers. For many years Scotty and Nan (Fred and Nancy's names for each other) belonged to a dinner group that spent memorable times each summer at Huntington Lake where he was the "fireman" in charge of the cooking campfire. They also traveled to many areas of the U.S and Europe and took many trips to Fred's favorite place, Hawaii. They loved sports cars and had MGBs and Porsches and a great day included driving back roads and scenic by-ways. In 2004 they joined the Sequoia Region of the Porsche Club of America where "Turbo Fred" later served as president. He took up auto crossing and drove the track at Laguna Seca. There were many tours taken with fellow car enthusiasts because "It's not just the cars, but the people." Preceding Fred in death were his mother, Dorothy; his grandparents, Robert and Anna Sjostrand Scott and Fred and Fern Swedel Danielson; and in- laws, Art and Helen McBride Pacheco. Surviving family include his father, Gordon E. Scot of Kingsburg and his wife, Nan; sons Danny Scott of San Francisco and Eric Scott of Visalia; "Daughter" Susanne Renner Bornhoevd and husband, Christof, and their daughters, Laura and Sophia, of Belmont, CA; his sister, Peggy Meyer and husband, David of Kingsburg; brother- in -law and wife, Kurt and Susan Pacheco of San Luis Obispo; and several nieces and nephews and their families along with other extended family and friends. Due to Covid-19 restrictions services will be private. A Memorial Tribute may be offered by logging onto www.salseranddillard.com.

The family of Frederick Eugene Scott created this Life Tributes page to make it easy to share your memories.

Send flowers to the Scott family.