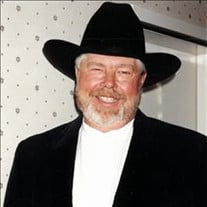 James Douglas Bradford May 4, 1959 - December 25, 2021 James Douglas Bradford was born on May 4, 1950, in Fresno, CA, son of James Eugene Bradford and Carole Elizabeth Seaward. He grew up in Fresno where he attended elementary and junior high school. "Jim" went on to graduate from McLane High School in Fresno. He attended Fresno State for one year, then joined the Navy where he served four years (1969-72) as a Master Engineer in Viet Nam. Following his tour with the Navy, Jim was self-employed in Visalia, CA He later become involved in large construction projects as a construction superintendent. In 1988 Jim Married Eva Bradford and most recently lived in Kingsburg, CA. James passed away on December 25, 2021. He survived by his wife of 33 years, Eva and his children, Regina Holmes (David) and Keith Polm (Lisa), his five grandchildren, Hanna Holmes, Justin Polm, Michael Bradford (Trudie). He was preceded in death by his mother, Carole Bradford and his father, James Bradford. Viewing will be held 10:00 AM - 12:00 PM Wednesday, January 12th, 2022 at Salser & Dillard Creighton Chapel, 1588 Lincoln Street, Kingsburg. Funeral services will be held at 1:00 PM Wednesday, January 12th, 2022 also Salser & Dillard Creighton Chapel, with the burial immediately following at the Kingsburg Cemetery. Services have been entrusted to Salser & Dillard Creighton Chapel. Memorial Tributes and condolences may be offered by logging onto www.salseranddillard.com.

The family of James D. Bradford created this Life Tributes page to make it easy to share your memories.

Send flowers to the Bradford family.