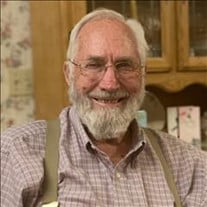 Rev. L. Dale Horton, 89, of Kingsburg, California went to be with the Lord, surrounded by family, on December 22, 2021 from heart failure. Dale was born on October 18, 1932 in Ada, Oklahoma. Soon after, the family moved to Oklahoma City. In 1945 they moved to Carnegie, Oklahoma. While in high school, he took shop class and made a full cedar bedroom suite which started a lifetime of working with wood. He has since made 14 cedar chests along with many other wooden gifts. After graduating high school, he graduated from Bethany Peniel College, renamed Southern Nazarene University. Then he attended and graduated from Nazarene Theological Seminary in Kansas City. While in Kansas City he met Betty J. Conn, his talented wife of 64 years. She was teaching school and they met when her brother, who shared a carpool with Dale, arranged a blind date. On hearing her sing, he was hooked and always bragged on her beautiful voice. They married on 6/7/57 in Tucson, Arizona. Their first child, Beth, was born during his last year of seminary where they lived and served in the Nazarene Rescue Mission in Kansas City. They were blessed with three more children born in the next three states he pastored: Cindy in Texas, Paul in Arizona, and Jan in California. On Aug. 10, 1950, at age 18, he gave his life to Jesus during a revival service in Oklahoma. He soon after was called to preach the gospel. He said that he had such an overwhelming sense of God's presence that he was totally assured of God's call to ministry and never doubted his calling to preach. After 8 years of college and grad school, his 42 years of full-time pastorates included churches in Texas, Arizona, California, Illinois, and Alaska. He was blessed to receive 6 district awards for outstanding church growth and served on district advisory committees in thee different states, as well as serving as an Olivet Nazarene College trustee. He had deep compassion to reach the lost and felt it was the pastor's responsibility to lead the way in soul winning for church growth. He promoted close personal relationships and equipped leaders in the church family to love and bring others to the Lord. The churches he pastored always paid their budgets in full and on time. He strongly promoted daily and yearly Bible reading. He was also a man of many varied interests including driving a school bus throughout college, becoming a pilot for Civil Air Patrol, a love for horses, carpentry, learning new things, reading, adventurous trips, and innovative ways to do projects. His first church construction project was fixing a sagging roof and making altars. He built two churches and improved other church buildings where he pastored. His work in Alaska included building a gym and several buildings at Camp Maranatha. He loved to travel and went to at least eight other countries on work and witness trips. He was challenged by difficult projects, eternally optimistic with a deep personal faith in God. He dearly loved his family and church and continued teaching Sunday School until his last Sunday. He initiated a horse packing cousins' camp with his grandkids which was their yearly highlight. The examples of his Christian devotion, his courage in the face of adversity, and his initiative in all things will continue to have a lasting impact on his family and many others. Dale Horton was preceded in death by his parents William Ralph Horton and Gertrude Bell Horton; and brothers William Doyle Horton, Kenneth Donald Horton, and Ralph Dean Horton. Dale is survived by his wife Betty J. Horton, his sister Trudy Deloris Capraro of Bethany, Oklahoma; and by his children Beth and Ken Freed of Laton, California; Dr. Cynthia Horton and James Beardmore of Waimea, Hawaii; Paul and Jill Horton of Lafayette, California; Norm and Jan Darch of Kenai, Alaska. He also is survived by his twelve grandchildren Lisa Fritz, Laurie Grgich, Mark Freed, Michael Freed, Michelle Freed, Mindy Freed, Danielle Schleicher, Kevin Schleicher, Drake Horton, Wyatt Horton, Alyssa Baumgartner and Kathryn Darch as well as eleven great grandchildren. Viewing will be held 2:00 PM - 6:00 PM Friday, January 7th, 2022 at Salser & Dillard Creighton Chapel 1588 Lincoln Street, Kingsburg. Celebration of life service will be held Saturday, Jan. 8th, 10:30 at Kingsburg Church of the Nazarene with luncheon to follow in fellowship hall. The service can be viewed online by going to Kingsburg Church of the Nazarene Facebook page. If you would like to donate in memory of Dale Horton, Nazarene Compassionate Ministries has a memorial fund. ncm.org/memorial Services have been entrusted to Salser & Dillard Creighton Chapel. Memorial Tributes and condolences may be offered by logging onto www.salseranddillard.com.

Rev. L. Dale Horton, 89, of Kingsburg, California went to be with the Lord, surrounded by family, on December 22, 2021 from heart failure. Dale was born on October 18, 1932 in Ada, Oklahoma. Soon after, the family moved to Oklahoma City. In... View Obituary & Service Information

The family of Rev. L. Dale Horton created this Life Tributes page to make it easy to share your memories.

Send flowers to the Horton family.