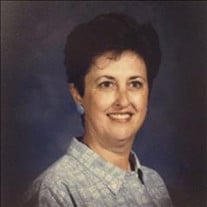 LINDA HAZEL FRIDOLFS Linda H. Fridolfs was born in Seattle, Washington on February 19, 1939 to Henry L. Galliano ("Rico") and Carmen U. Peterson (Galliano). She graduated from Highline High School in Burien, Washington; and was excited to go see the world after that. She moved across the ocean to Oahu, lived in San Francisco and Burlingame, before ultimately settling in Fresno, California. She worked for United Airlines as an air freight agent. She was honored with the responsibility of making arrangements for the transportation of troop casualties home from the Vietnam War. Also during her time with the airlines, she met her husband of 56 years, Ted Fridolfs. Together they were able to travel the world and visit multiple countries. After moving to Fresno, she continued to work for United Airlines as a ticket agent. She quit United to begin her family. When her children started school, she volunteered at McCardle Elementary School. Then she became employed by the Fresno Unified School District to continue as a teacher's aide at their school. This allowed her to be at the school during her children's attendance, and back home when they returned. During her 18 years working at McCardle, she was well liked by the school staff and the students in the classroom. She supervised the students during recess on the playground and many of them remembered her fondly whenever she encountered them as adults. Linda was a member of First Mission Covenant Church. She enjoyed neighborhood walks, board games, reading, feeding the hummingbirds and squirrels in the backyard, nights out at the movies and ice cream, family road trips, and attending events that involved her children (including parades, concerts, and art). She enjoyed a good nap in her recliner in front of the tv, just like her father. She also was a fantastic cook and baker. She would always light up at seeing former students, dogs, and babies. She thoroughly enjoyed the company of anyone that could make her smile and laugh. Linda was proceeded in death by her parents, Rico and Carmen, and sister Carmen Rose. She is survived by her husband Ted, daughter Pamela, and son Derek; siblings Ronald, Gerald, Gail and their spouses; stepmother Dorothy, and multiple nieces and nephews. Linda passed away March 20, 2020 in the comfort of her own home, surrounded by her family. A private graveside service was held on March 27, 2020 at the Kingsburg Cemetery, where she was laid to rest. She will be missed and fondly remembered by her family. Remembrances may be made to Hinds Hospice or your favorite charity.

LINDA HAZEL FRIDOLFS Linda H. Fridolfs was born in Seattle, Washington on February 19, 1939 to Henry L. Galliano ("Rico") and Carmen U. Peterson (Galliano). She graduated from Highline High School in Burien, Washington; and was excited to... View Obituary & Service Information

The family of Linda Hazel Fridolfs created this Life Tributes page to make it easy to share your memories.

Send flowers to the Fridolfs family.