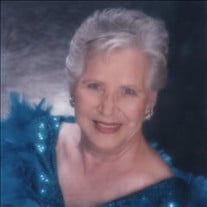 PAULINE MARTHA RILEY Born August 1st, 1927, Died March 2nd, 2022 aged 94 years. After a short fight with bone cancer, Pauline passed in her sleep in the home she and her husband Stanford George Riley built together in Traver, California. Pauline was born in Laflin, Oklahoma and moved to California with her parents Rev. C.M. Bray and Signa Bray during the Great Depression. In California, she met and married Stanford George Riley. Soon after, Pauline was left at home while Stanford went to Europe as a paratrooper during World War II. Their first child, Ruth was born while Stan was overseas. Pauline and Stan had three boys after Ruth, Stanford (Dan), Ray and David. After the war, Pauline and Stan made their home in various places while Stan followed his work, making his living primarily as a carpenter. Finally settling down in Traver, California, Stan and Pauline built their home where they were to remain for the rest of their lives, raising the family. Pauline always worked to supplement the family income, from picking grapes to packing fruit, finally retiring from Traver School as the school cafeteria cook. As her children went through school, Pauline was active in the PTA, organizing and running carnivals for the benefit of the school. After she retired, she loved gardening and going on extended fishing trips to the Klamath and Colorado rivers with husband Stan and family members and traveling with her adult children to Hawaii, Ireland, Alaska, Holland, Jamaica, Mexico the Caribbean, and all over the US until her illness made it impossible to do so. Pauline could be found in the yard tending the flowers, fruit trees, and garden that she and Stanford had planted together. Pauline also loved playing bingo at the Kingsburg Seniors center. Pauline is preceded in death by her parents, husband Stan in 2004, her siblings, brothers Frank (Georgia)Bray, Leonard Bray infant, Clarence (Nellie)Bray, James Bray, sisters Eva (Brink) Sellers and Rolla Yarbrough her sister-in-law Jana Bray and her favorite son in law Jack Griffin. She is survived by four children: Ruth Griffin, Stan (Carroll)Riley, Ray (Rose)Riley, and David (Debbie)Riley, eight grandchildren, Jackie (Jim) McDonald, Randy Griffin, Deanna (Andrew) Lewis, Valorie Riley, Christopher (Melanie) Riley, Mark (Katie) Riley, Ryan (Jenny) Riley, Amanda Riley, 12 great-grandchildren, 2 great- great grandchildren and her brother Mark (Sandie)Bray, and numerous nieces and nephews. It was Pauline's wish to live out her years at home. Her long-time caregiver, daughter Ruth Griffin and grand-daughter Jackie McDonald tended to her needs daily during the last months of her illness, with assistance by dedicated hospice workers assigned to her that we are ever so grateful for. Graveside services will be held 2:00 PM - 3:00 PM Friday, March 11th, 2022 at Kingsburg Cemetery, 12782 E. Clarkson Avenue, Kingsburg. Services have been entrusted to Salser & Dillard Creighton Chapel. Memorial Tributes and condolences may be offered by logging onto www.salseranddillard.com.

The family of Pauline Martha Riley created this Life Tributes page to make it easy to share your memories.

Send flowers to the Riley family.